These cinnamon swirl pancakes are so easy to make, and there is no standing over the stove or dealing with a pancake maker. Just pour and bake!

These are the best pancakes I’ve made so far! My whole family loves them!

These cinnamon pancakes are officially a favorite around here, and to be honest, it has been for a while now. It’s easy to throw together and easy to cook. No cooking on the stovetop or fumbling with clumsy pancake makers.

These cinnamon swirl pancakes are healthy too. You won’t be using a cinnamon mixture here. Just pure, unsweetened, ground cinnamon. There is no gluten, (just make sure you get gluten-free oat flour!) and the sweetener is unprocessed.

One thing I love about these sheet pan pancakes is that there is no sugar mixture, cinnamon filling, or powdered sugar. It’s just all natural ingredients that are far more blood sugar friendly than most of the recipes out there. And that’s great news even if you aren’t diabetic!

Also, there is no measuring out a quarter cup of batter into a pan or pancake maker to get uniform pancakes. Just measure your ingredients, blend and pour. It doesn’t get much easier!

While these aren’t vegan as the recipe stands, a simple substitution of vegan eggs for the regular eggs will make this vegan.

You have a couple of options for blending this batter.

The best way to make them is in a blender just for convenience. But I made mine in a mixing bowl. So either way works well. But if you make the batter in a blender, just be sure not to over-mix the batter.

I’m a sheet pan convert when it comes to pancakes. You use so much less fat to cook them with, and I don’t have to stand over the stove making one pancake after the next. Sheet pans are the way to go, and they make the perfect pancake, in my humble opinion.

The main thing to you want to be sure of is that the center of the pancake is fully cooked. Once the center is solid, your pancakes are done! Just slice and serve.

Cook over low heat to medium heat. Never cook these on high heat because the outside will burn while the inside won’t fully cook. Low and slow is best with this batter.

These pancakes are already pretty light and fluffy. About as close as you’ll ever get to restaurant level fluffiness in homemade pancakes.

But if you want to get these pancakes even fluffier than they already are, you could separate your eggs. Beat the egg whites stiff. Add the yolks in with the wet ingredients and then fold the egg whites in gently as the last step before pouring the batter into the pan.

If you really want to round out the whole experience with cream cheese glaze or icing, here’s a simple recipe. To keep it clean, you’ll want to either purchase powdered unprocessed sugar or grind it to powder yourself at home. Use a piping bag to easily spread it over your pancakes, or simply spoon it on.

Can You Freeze Cinnamon Swirl Pancakes?

You can! I have found the best way to do it is to first loosen them from the baking pan, then freeze them in the pan you baked them in for about 3-4 hours. Once frozen, transfer them to a plastic bag such as a ziplock bag, stack them in the bag, gently press most of the air out and then return them to the freezer. They will last up to 3 months this way.

Since fall is right around the corner at the moment, I’m going to go out on a limb and also suggest a way to make this more “pumpkin-inspired”.

You can certainly add pumpkin puree to this pancake mix. Not a lot or the pancakes won’t bake properly. You can use about a 1/4 cup per batch, and make sure it’s not pumpkin pie filling that has all sorts of added sugar.

The best way to get fall flavors out of these pancakes is to simply use pumpkin pie spice in place of the cinnamon called for in the recipe. You may want to use 2 tsp. instead of 1 tbsp. the first time you make this though. This recipe is formulated to have a good, strong cinnamon flavor, which may be a bit much with pumpkin pie spice. So use your judgment here on how much you want to sprinkle over the top of your batter.

It’s delicious to cover the top of each pancake in your favorite topping. But if you need ideas, here’s a shortlist to get you started.

Need supplies for making this recipe? Here’s what I used. This post may contain affiliate links which won’t increase your price but will share some commission.

¼ tsp. salt – I used pink Himalayan salt, but use whatever you normally use in cooking.

2 large eggs – These can be cold or room temperature. Either way.

1 cup unsweetened almond milk – You can also use regular milk if you prefer.

2 tsp. vanilla extract – Use the real stuff, not imitation or flavoring.

3 tbsp. virgin coconut oil – this is solid at room temperature. But it should be warm enough to make it soft enough to scoop/measure. If you don’t have coconut oil, you can certainly use something different like vegetable oil.

1 tbsp. ground cinnamon – Make sure there is no sugar mixed with this. Just plain cinnamon.

How To Make Cinnamon Swirl Pancakes

Add the wet ingredients and mix well with a whisk, hand beater, or electric mixer. You can even blend this in a blender if you prefer. But in that case, put the wet ingredients in first.2 large eggs, 1 cup unsweetened almond milk, 2 tsp. vanilla extract, 3 tbsp. virgin coconut oil.

Pour the batter out onto an oiled quarter sheet pan (with sides). You shouldn’t have any remaining batter. But if you do, you can refrigerate it for future use (up to 3 days), or you can simply use a second pan to bake it in. This recipe is formulated specifically for a quarter sheet baking pan.

Sprinkle the cinnamon over the top of the batter.

Using a knife or spatula, swirl the cinnamon through the batter to make a nice, cinnamon swirl mixture.. It can take a few minutes to incorporate some of the cinnamon into the batter. So just keep mixing. As soon as swirls stay visible, you’re done.

Bake for 10-15 minutes. The top of the pancakes will have cracks when it’s done.

Slice with a knife or pizza cutter and serve with your favorite pancake toppings.

Want to try a different pancake recipe? I have tons! Here are just a few… 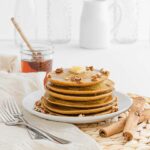 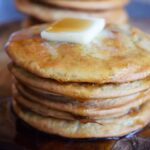 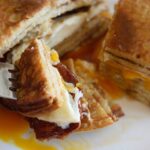 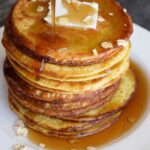 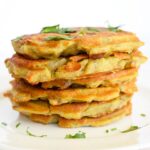 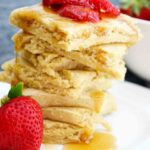 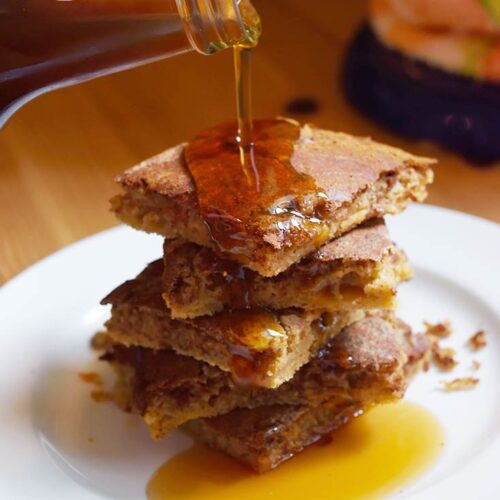 Delicious morning pancakes baked in the oven! Please note that the amount of cinnamon use here gives this a good, strong, cinnamon flavor. If you want to use less, you absolutely can. I've made this by just sprinkling a little over the top from the container, and it worked fine.
No ratings yet
Print Pin Rate
Course: Breakfast
Cuisine: American
Prep Time: 15 minutes
Cook Time: 15 minutes
Total Time: 30 minutes
Servings: 4 servings
Calories: 358kcal
Author: The Gracious Pantry 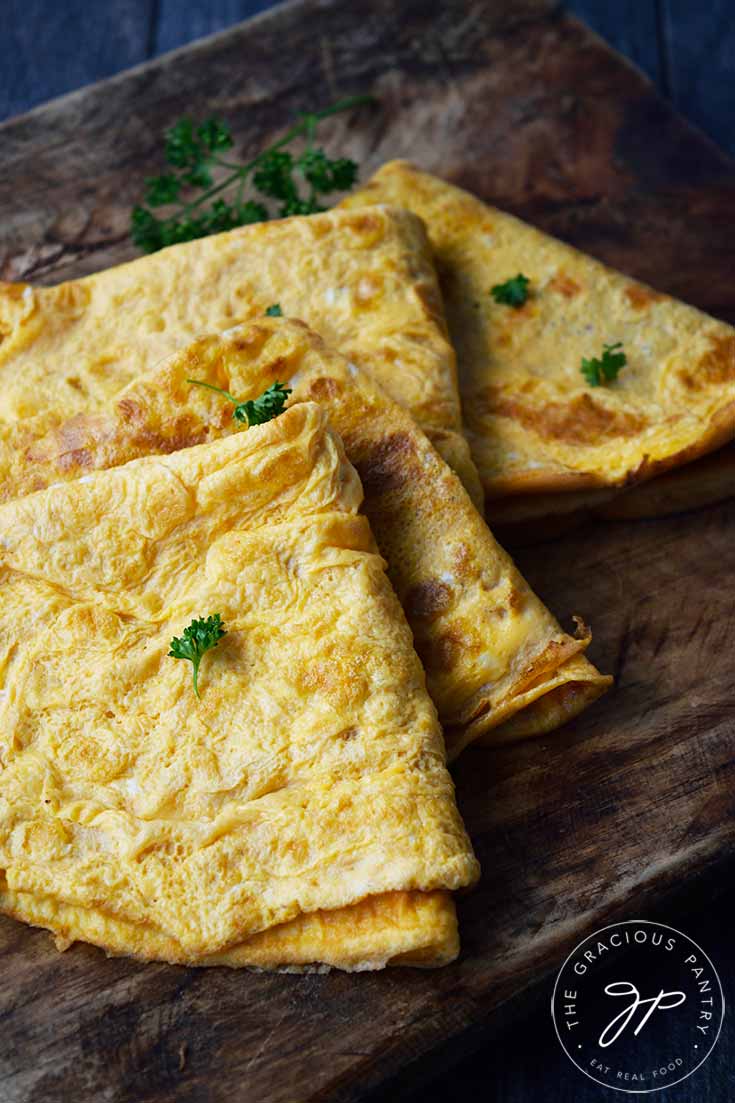 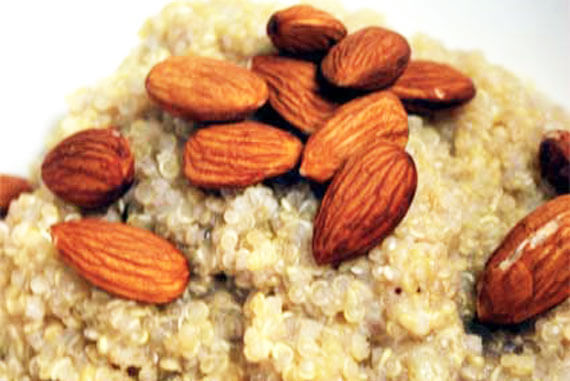 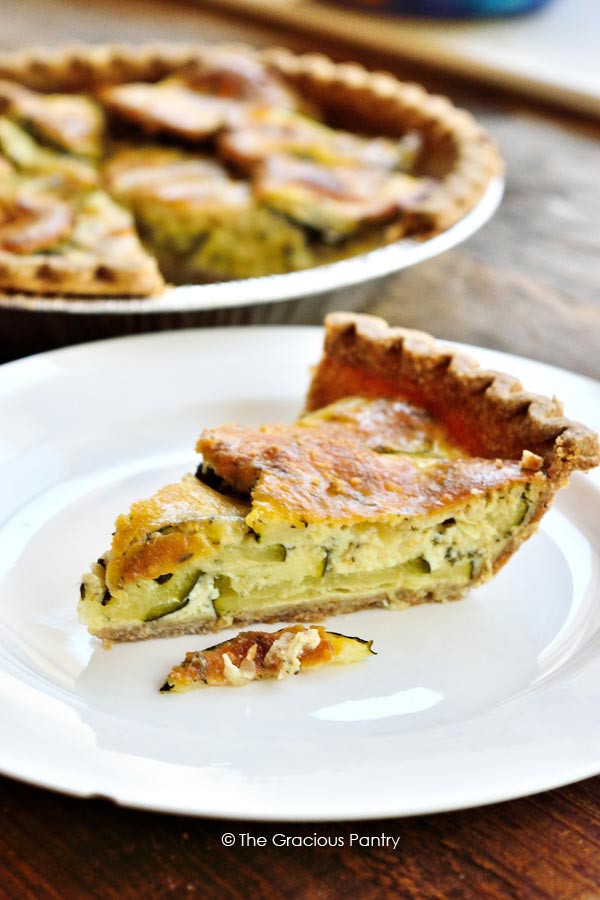 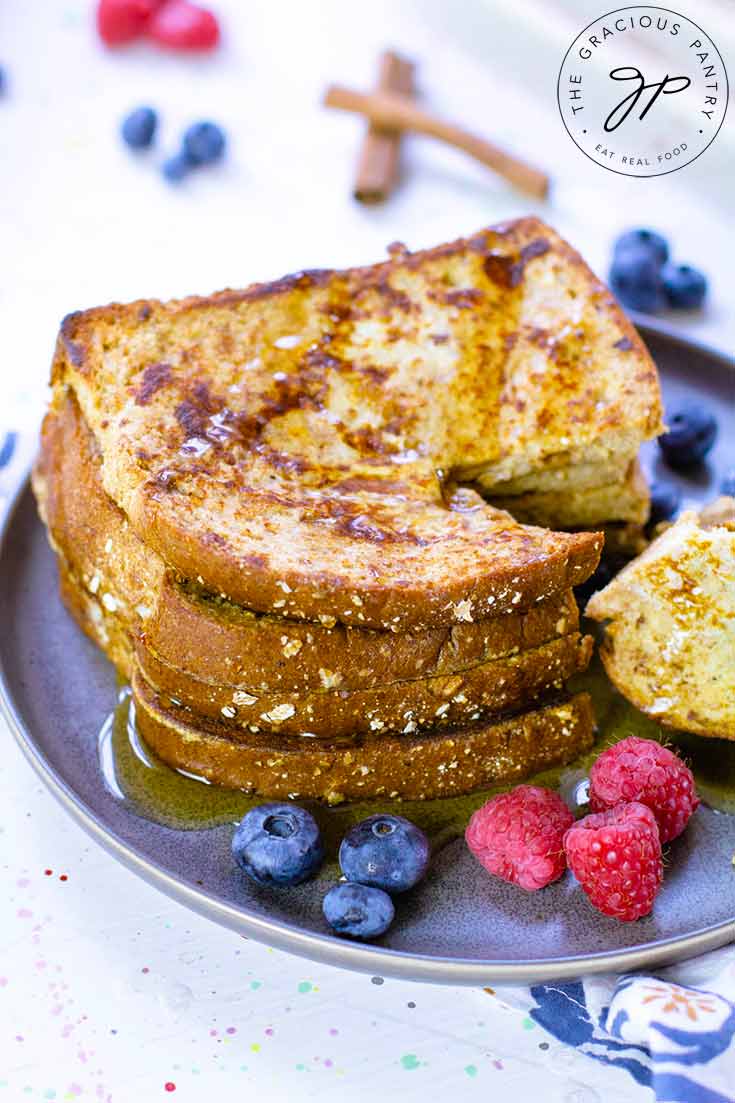 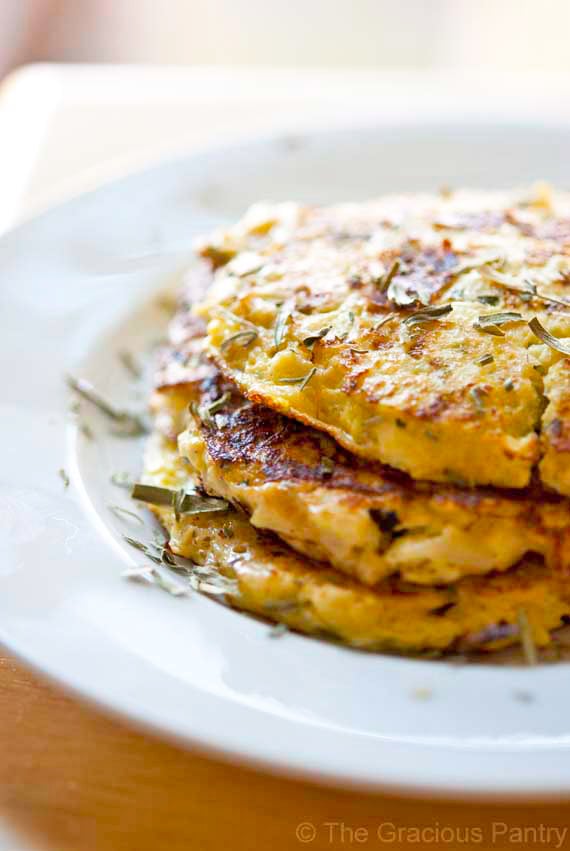 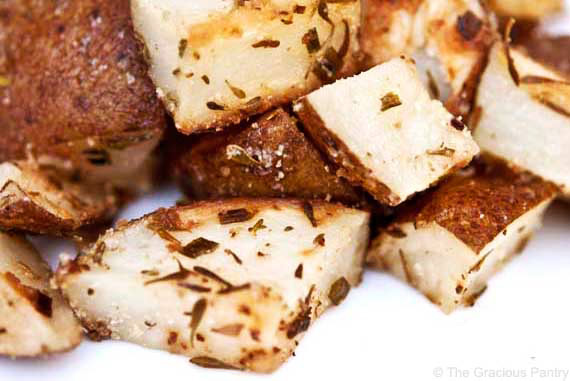