Potatoes O Brien is a classic side dish for breakfast, brunch, or dinner. This clean eating version, made with sweet potatoes, takes the flavors up a notch! 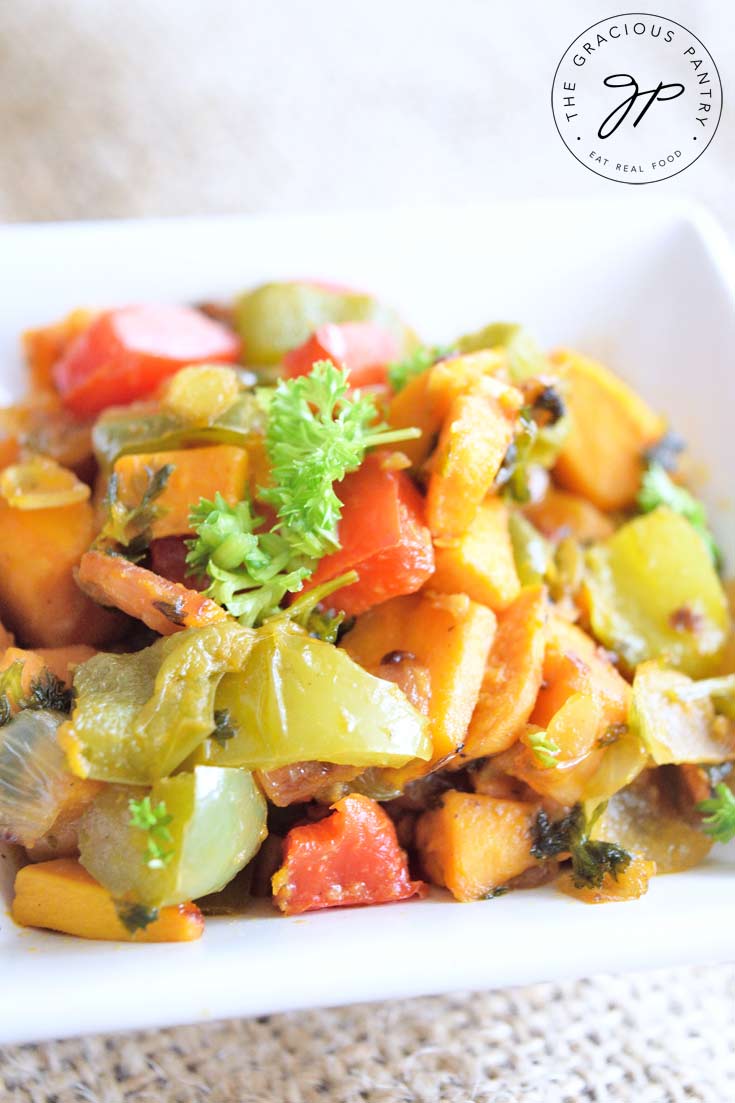 It wasn’t that long ago that I was in culinary school. One of the first classes I took was a knife skills class. I had a teacher named Hollie who I believe occasionally still reads my blog. (Hi Hollie!) She is a petite woman who can make herself heard from at least a mile away. She has a good command of her students and kitchen and I have a healthy respect for her and what she teaches.

She always had a smile for you, but could switch gears and “crack the whip” in the blink of an eye. Something a chef definitely needs to maintain command of a kitchen. And definitely something I appreciate in a teacher as well as a person. I’m somewhat of an alpha female myself, so I always appreciate and respect my fellow alphas.

Unfortunately, I eventually had to drop out of culinary school to take care of my mom. And since I no longer live in Sonoma county, I can’t go back to the school I loved so much. Nothing here in the East Bay really compares, even if the programs here are well known for being good programs. I’ve thought about going back, but I would have to start from scratch because the credits I have won’t transfer to any of the programs here. So it’s a little disheartening. But with Mini Chef possibly going back to school next year (I’ve been homeschooling him this year), it’s actually a possibility. So we’ll see. But I digress…

In this knife skills class, I learned many different cuts for produce. And while I’ve long since forgotten the names for each cut (sorry Hollie!!) I haven’t forgotten the cuts themselves.

I will never forget how hard I worked to get the perfect cut for Potatoes O Brien. Most of the other cuts I did pretty well with. Even the more complicated ones. But this one, for some reason, I just could not get perfect in any way shape or form. I still try every time I make this, but I don’t make it often enough to make any real progress in that department. So I’m hoping my imperfect cuts will be overlooked by the masses and that my teacher will forgive me if she sees this terrible cut.

The cut for this sort of thing is a 1/2 inch square that is a 1/4 inch thick. Not an easy cut to master. At least not for me. I know some folks prefer to have the potatoes in 1/2 inch cubes, but with sweet potatoes, I find that they don’t cook fast enough if they are cubed. Hence the 1/4 inch thickness here. (And I didn’t even achieve that very well!)

If you are not a culinary student or professional chef or cook, it probably won’t matter much to you anyway. But a uniform cut really helps this cook evenly. Part of cooking is making sure you have the timing down on how long it takes each ingredient to cook. So if you get your potatoes too thick, you’re peppers and onions will be done long before the potatoes are. You’ll end up with either under cooked potatoes or overcooked peppers and onions. So thickness matters for this Clean Eating Sweet Potatoes O’ Brien recipe.

I have to say that the sweet potatoes do add a slightly different flavor to this classic favorite. But it’s delicious just the same and possibly even a little bit better in my humble opinion.

OTHER SWEET POTATO RECIPES TO TRY: 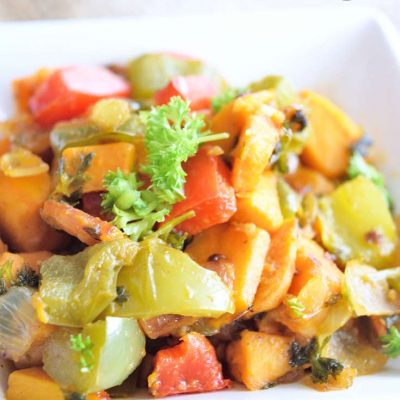 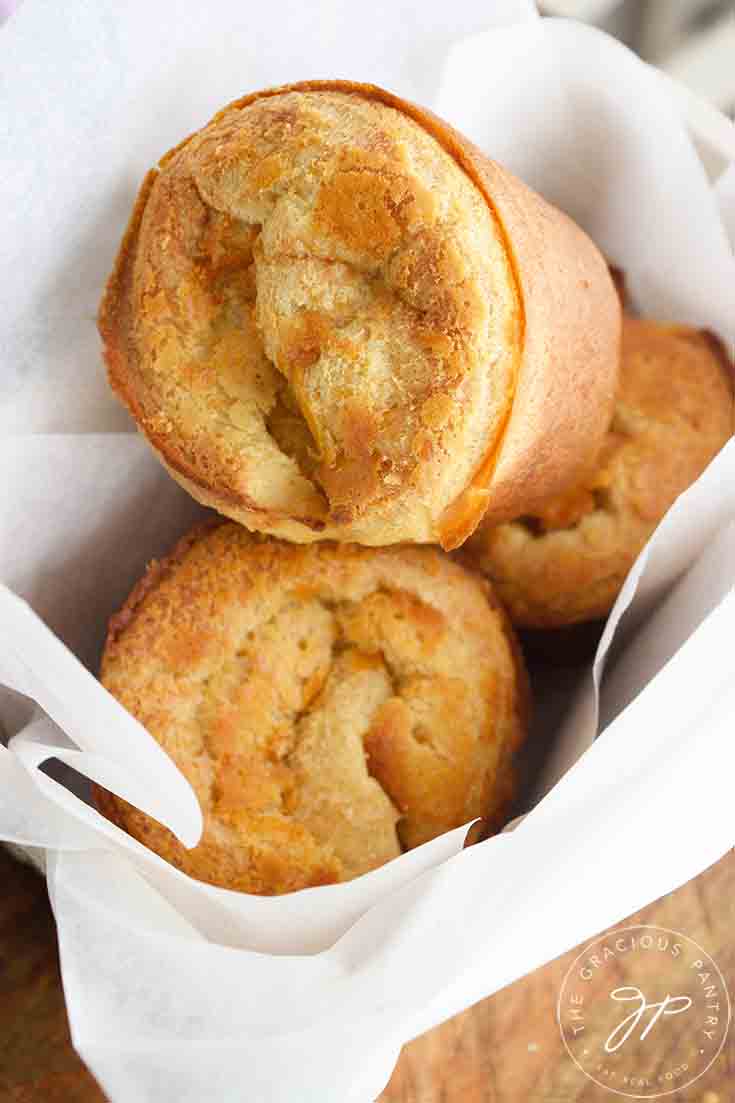 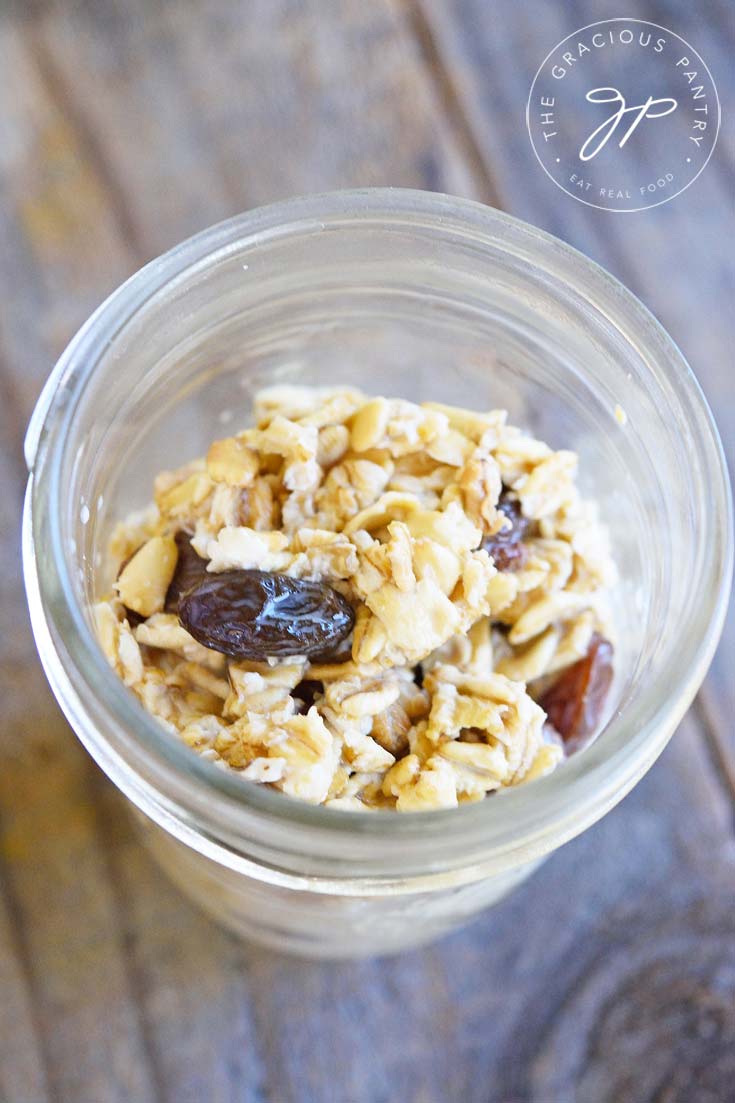 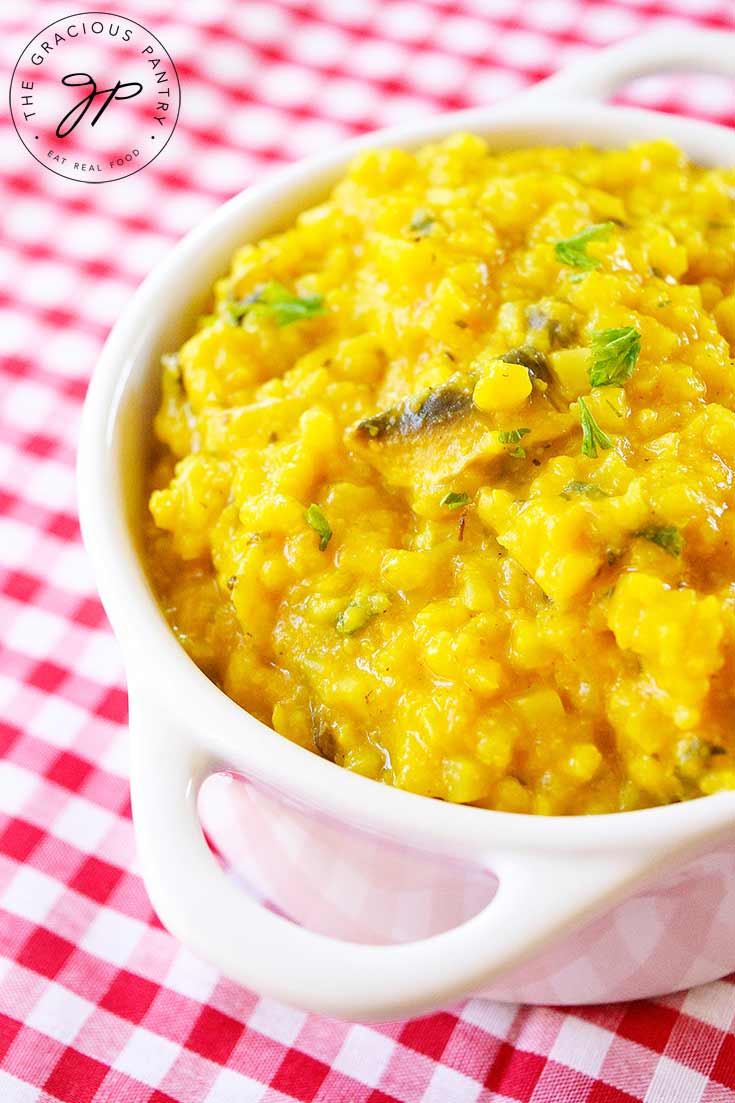 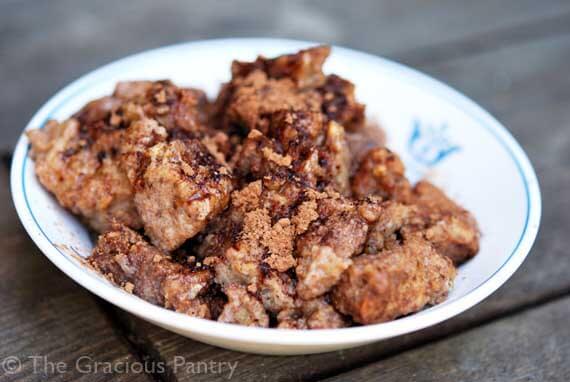